Ville Tietavainen did it again!

Ville Tietavainen did it again! What we know about his new book, Vain Pahaa Unta (Just Bad Dreams) written and drawn together with his daughter Aino, now 7 years, fills us all with anticipation and admiration.

Aino used to have bad dreams, and woke up crying. She was only three years when she, for the first time, described a nightmare to Ville, who wrote it down in a notebook. Finally, Ville managed to convince Aino that talking about the nightmares would make her feel better.

These nocturnal talks resulted in an album, describing the nightmares, just like Ville had written them down, and drawings made by both of them. The process was not simple, because Aino did not always approve Ville’s drafts.

The title of the book in Finnish is Vain Pahaa Unta (Just Bad Dreams) and the cover has a poignant drawing where Aino and Dad walk hand in hand on a suspension bridge.

The book should be available in bookshops in Finland today (July 30, 2013).  Ville has kindly given us permission to show some of the illustrations:

Ville Tietavainen is a comic artist, graphic designer and architect. He has been awarded several prizes for his work. He is a member of World Comics Finland and he has taught in our workshops in India and Tanzania.

Posted by World Comics Finland at 10:01 No comments: 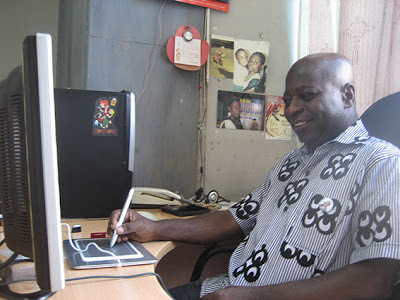 Posted by World Comics Finland at 20:10 No comments:

"During two sunny days in May 2013, in the comic workshop at Hyvinkää Art Museum I learned what homelessness looks like in a Southern Finnish town. I had invited 12 persons to participate in a social comics workshop. I invited people who had experiences of homelessness. I got 14 devoted participants. They all came to tell their stories in the format of comics. Those people were young adults and older, looking like you and me. They looked not like classic vagabonds or bearded men who live under the bridges.

They had a lot to tell about homelessness in today's Finland, what it feels like and what are the reasons behind it. Reading these stories made me first silent and then filled me once again with a burst of need to do something. These stories do tell us that you can do a lot as a self made man, but the society also has a big responsibility. It is not fair to say that every one is an architect of her/his own fortune.

The workshop gave a voice to the participants. They were free to say what they wanted in their comics. These comics are real stories, black humour and poetic metaphors. The comics' originals were installed in the museum, and the huge weather-proof prints are displayed on the street of Hyvinkää city for the whole of this summer."

Posted by World Comics Finland at 09:37 No comments: