The Northwestern American city of Portland, Oregon, has a program called “Know your City”, which has published two collections of comic books with stories about the city’s history and some of its civic campaigners.

The first collection is called “Oregon History Comics”. It includes the following stories: 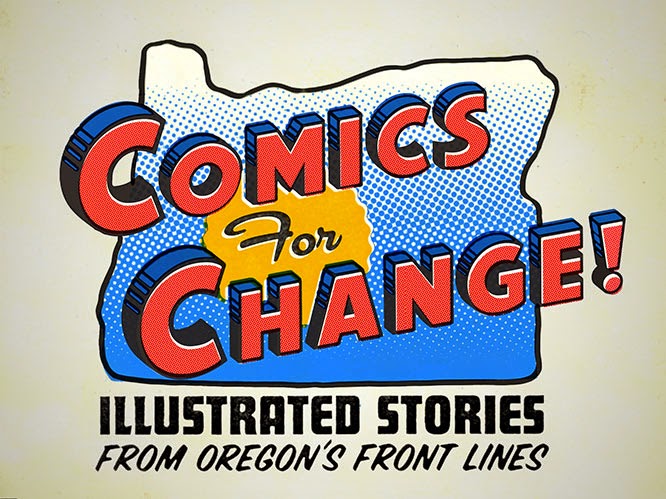 The second collection is called “Comics for Change”. It portrays various activists, such as: A woman who started a self-empowered soup kitchen for the homeless, a man who never stopped advocating for the African American community, and a group who fights to protect Oregon forests from logging corporations.

These stories have one thing in common: they celebrate people who are making Oregon a better place for everyone. The quest for social justice is merged with art. The stories are written and illustrated by top-notch Oregonian writers and artists.

Read more about the comics on these links:

Portland City must be congratulated for introducing such an inventive and profoundly positive use of the comics medium. City authorities around the world, emulate!

(posted by Leif Packalen)
Posted by World Comics Finland at 16:54